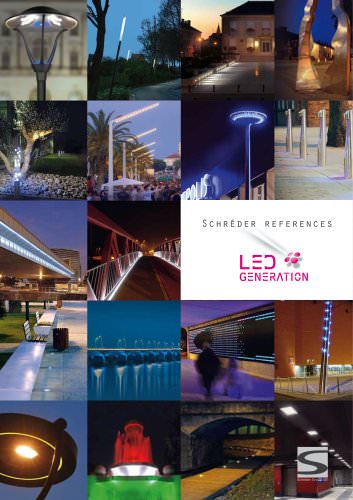 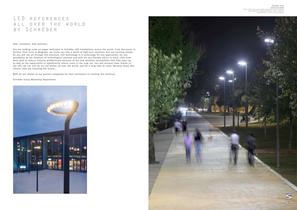 Portugal, Porto Jardim do Calém Altra LED, functional LED equipment with minimal consumption (30W/luminaire), here used for pedestrians in this leisure space. LED references all over the world by Schréder Dear customers, dear partners, You are holding some 40 pages dedicated to Schréder LED installations across the world. From Vancouver to Durban, from Turin to Belgrade: we invite you into a world of high-tech solutions and eye-catching design. As you will see all through this brochure, LED technology is a technology for any application, for any possibility. At the forefront of... 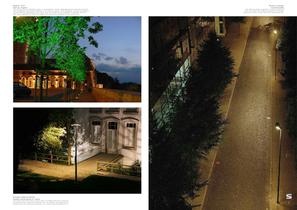 Belgium, Thuin Place du Chapitre The «Vieux Thuin» (Belgium) plays a contemporary hand, integrating green ground-recessed LED floodlights and marker lighting in its historic squares and alleyways. A made-to-measure system LED was developed to be built into the handrails. An example of lighting that fills two roles, meeting the need for safety and respecting tradition at the same time. Portugal, Caldas da Rainha Hospital Termal Rainha D. Leonor The brand new Perla face to face with a building with five centuries of history. Future and past side by side, to enhance the pleasure of visitors... 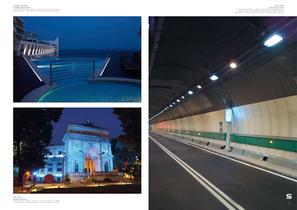 Portugal, Sesimbra Sesimbra Hotel &SPA In a thermal setting, LEDs in a linear version for a deeply intimate result. The main aim ? To create an atmosphere. Italy, Rome Acquario Romano The now classic Neos - today in an LED version - to light up the places that make cities and their residents proud. Italy, Aosta Mont-Blanc tunnel In tunnel application, LEDs serve mainly as guarantees of safety. 2654 LED guidance beacons were needed for the Mont-Blanc tunnel. In the near future, also for base lighting. 7 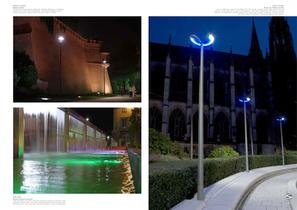 Poland, Kraków Wawel Castle Creating an atmosphere along the Bulwary Wislane, in Poland, thanks to an Isla LED installation. The famous Wawel gothic castle restored to glory under the blue light of LEDs. Italy, Alba Savona Square Fountain ‘The Fountain of Youth’ with the national colours of Italy for this popular tourist spot. The LED creations show how well they lend themselves to the audacious and the fantastic, even underwater. France, Rouen Parvis de l’Hôtel de Ville 70,000 kW/h per year is the figure for the energy saving to be made by the city of Rouen, some 60% of its usual... 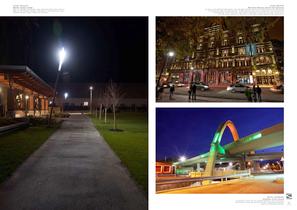 Canada, Vancouver Whistler Olympic Village With its Olympic flame look, what could be better than Isme to light up the Olympic Village in Whistler at the Vancouver 2010 Olympic Games? A gold medal for Schréder… Canada, Montréal Monument National, Quartier des Spectacles To honour the National Monument, 160 LED light fittings made by Schréder have been developed in compliance with the lighting plan of Montréal and the city’s commitment to environmental responsibility. LEDs bring this 19th century building in line with the codes of the 21st; the red colour reminds us that this is the aptly... 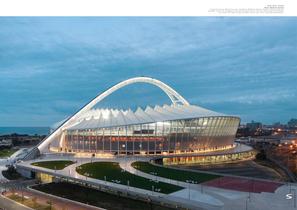 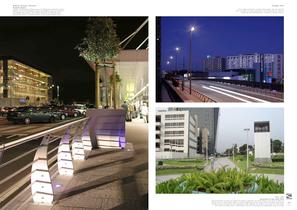 Belgium, Brussels, Zaventem Brussels Airport Totally modernised infrastructure for Belgium’s national airport. Nearly 300 LED floodlights guide passengers from car parks to the departure lounge. The double function of lighting and improving safety is demonstrated in this huge public space. Portugal, Porto Five P186-prototypes in Porto (Portugal). For the record, this ‘concept car’ was installed in ten countries in order to study the LED phenomenon. History is being written. Peru, Lima University of Lima (East Park) The University of Lima can boast of being a pioneer: its ‘East Park’ is the... 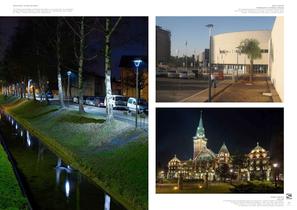 Switzerland, Yverdon-les-Bains The Swiss municipality of Yverdon-les-Bains is renowned for its exemplary energy efficiency measures. Using Isla LED, this ‘sustainable town’ opted for LEDs, a choice that proves its commitment. Brazil, Brasilia Headquarters of Subway Company The sophisticated decorative Perla luminaire shows here that it also has sobriety as an asset. That ‘fine object’ gives cachet to infrastructure that has to remain discreet. Serbia, Subotica City Hall A hundred-year-old building figuring among the ‘seven wonders of Serbia’. A hybrid HID/LED lighting installation, with the... 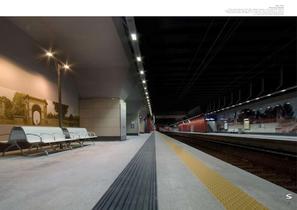 Italy, Turin Porta Susa Station Porta Susa (Turin) is the first railway station in the world to dare to experience the LED lighting. With its 60,000 LEDs mounted on 3.3 km of Astral LED profile and Neos 1 & 2 LED, this large-scale project marked an important worlwide breakthrough. 19 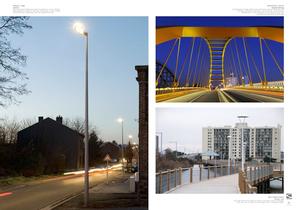 Belgium, Liège Vottem Five functional P186 have been installed in a tiny village. Welcomed by residents, who are unstinting in their praise, particularly for originality and the added security. Netherlands, Utrecht Hogeweidebrug A multimodal bridge fitted with 480 linear ground-recessed LED fittings, pairing functionality and stunning visual impact. Ingeniously, it was designed to be ‘plug & play’ and incorporates dimming technology. USA, Virginia Beach Pacific Trail Isla LED beside the Atlantic Ocean. A holiday resort rethought with the use of LEDs, in the largest city in Virginia (USA). 21 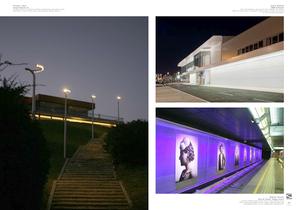 Portugal, Lisboa Parque Eduardo VII A view of one of Lisbon’s trendiest restaurants and place-to-be. And Perla is one of the latest and greatest things about it. Serbia, Belgrade BMW Showroom LED technology at the service of a leading car maker. What do they have in common? Being made to last, and daring to use innovative designs. Belgium, Brussels ‘Gare de l’Ouest’ subway station A metro station given back to its users. Works of art find a place alongside the carriages. Lighting with LED floodlights adds to this unexpected composition. 23

All Schréder–Comatelec catalogs and technical brochures