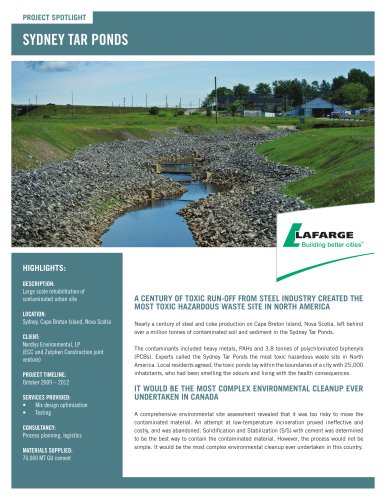 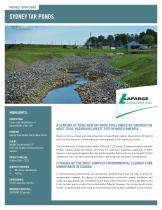 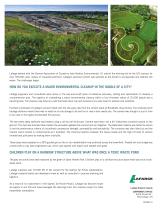 Lafarge worked with the Cement Association of Canada to help Nordlys Environmental, LP, submit the winning bid for the S/S contract for over 700,000 cubic meters of impacted sediment. Lafarge’s portland cement was selected as the binder to encapsulate and stabilize the waste. The challenges began. HOW DO YOU EXECUTE A MAJOR ENVIRONMENTAL CLEANUP IN THE MIDDLE OF A CITY? Lafarge engineers and consultants were active in the two-and-a-half years of extensive discovery, testing and optimization to develop a comprehensive plan. The logistics of undertaking a major environmental cleanup within a...

All Lafarge catalogs and technical brochures