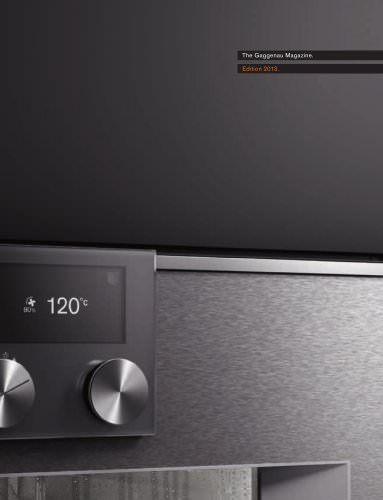 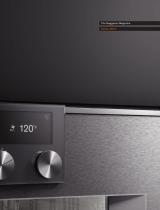 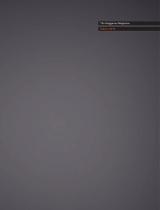 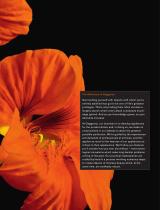 The difference is Gaggenau. Surrounding yourself with objects with which you’re entirely satisfied has got to be one of life’s greatest privileges. That's why finding them often involves a lengthy search where every detail constitutes know­ ­ l edge gained. And as your knowledge grows, so your d ­ emands increase. At Gaggenau, our business is to develop appliances for the private kitchen and, in doing so, we make ­ o n compromises in our attempt to attain the greatest p ­ ossible perfection. We’re guided by the experiences and demands of professionals at all times, and this applies as much... 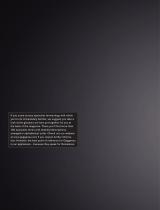 If you come across specialist terminology with which you’re not immediately familiar, we suggest you take a look at the glossary we have put together for you at the back of the magazine. There you’ll find more than 150 specialist terms with detailed descriptions, arranged in alphabetical order. Check out our website at www.gaggenau.com if you require further informa­ tion. However, the best point of reference for Gaggenau is our appliances – because they speak for themselves. 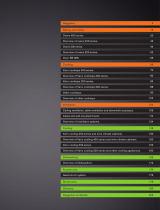 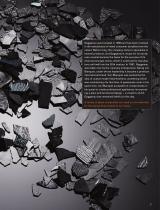 Gaggenau was founded in 1683 and has been involved in the manufacture of metal consumer durables from the outset. Before long, the company came to specialise in enamel products, and Gaggenau’s recipe for its sturdy oven enamel became the basis for the success of its charcoal and gas ovens, which it continued to manufac­ ture until well into the 20th century. In 1961, Gaggenau was taken over by the visionary entrepreneur Georg von Blanquet, under whose leadership it became a premium international brand. Von Blanquet was excited by the idea of custom-made fitted kitchens, something which was... 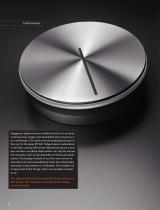 Gaggenau appliances are crafted by hand in a process involving many stages and assembled piece by piece in our workshops. The most intricate assembly process is the one for the large RY 491 fridge-freezer combination in the Vario cooling 400 series. Manufacturing our ovens also involves countless steps which can only be carried out manually, such as the assembly of fronts and cable looms. The display module of our two oven series is manufactured and assembled by hand. Our philosophy demands loving attention to all details. This enables us to keep hold of the things which are valuable and... 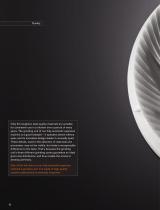 Only the toughest, best-quality materials are suitable for consistent use in a kitchen over a period of many years. The grinding unit of our fully automatic espresso machine is a good example – it operates almost without wear, and its innovative design makes it unusually quiet. These details, used in the selection of materials and processes, may not be visible, but make a recognisable difference to the taste. That’s because the grinding unit’s three different grinding zones guarantee an ideal grain size distribution and thus enable the aroma to develop perfectly. One of the two discs in our... 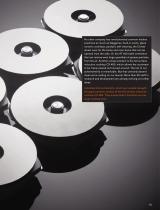 No other company has revolutionised common kitchen practices as much as Gaggenau: built-in ovens, glass ceramic cooktops, pyrolytic self-cleaning, the Combisteam oven for the home and oven doors that can be opened from the side. Or the AT 400 table ventilation that can remove even large quantities of grease particles from the air. Another unique product is the full surface induction cooktop CX 480, which allows the cookware to be freely placed and moved around. The list of our achievements is remarkable. But that certainly doesn’t mean we’re resting on our laurels. More than 30 staff in... 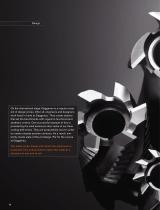 On the international stage, Gaggenau is a regular recipi­ ent of design prizes. After all, engineers and designers work hand in hand at Gaggenau. They create objects that set the benchmarks with regard to functional and aesthetic criteria. One successful example of this is provided by the solid aluminium door racks of our Vario cooling 400 series. They are purposefully recut in order to create uniquely precise contours. As a result, sim­ plicity meets state-of-the-art design. Par for the course at Gaggenau. The metal cutter heads with which the aluminium is reworked. This enhancement makes...

Open the catalog to page 16 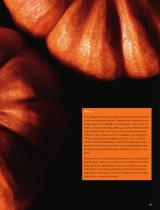 Baking. For Gaggenau, baking is defined by the demands of ­ he t professional-grade kitchen. Restaurants traditionally use large appliances capable of mastering a wide range of tasks, including roasting, grilling, cooking, keeping warm, regeneration and much more. The professional-grade kitchen is the measure of both capability and inspiration. This is clearly demonstrated in the list of our achievements for the private kitchen, with the Combi-steam oven, pyrolytic self-cleaning and the core temperature probe being among the best-known innovations from our company. Perfection is more than...

Open the catalog to page 21 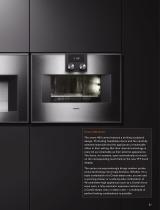 Ovens 400 series. The ovens 400 series features a striking sculptural design. Protruding handleless doors and the carefully selected materials lend the appliances a remarkable effect in their setting. But their internal technology is every bit as remarkable as their external appearance. The doors, for example, open automatically at a touch on the correspon­ ing touch field on the new TFT touch d display. The series uncompromisingly brings modern professional technology into private kitchens. Whether it’s a triple combination of a Combi-steam oven, an oven and a warming drawer or a...

Open the catalog to page 23

All GAGGENAU catalogs and technical brochures